I love browsing websites from design showcases and thinking why did they make it there. And I have my own criteria for choosing the best of the best

A while ago I used to work with one legacy platform. It started its existence more than 10 year ago, most probably as a customer specific solution which turned into platform. It’s still quite popular and I guess it covers major user requirements. But as it happens with systems which doesn’t evolve good enough or evolve the wrong way, it ends up as small hell even for vendors’ developers. I was third party developer, but for my job I had access to most of the production source and since stumbling upon funny and frustrating comments I decided to create a collection. Here’s part 1 of it

Trying to convert a small Java project to PHP, and got stuck immediately

If it ever happened that You have been creating some app for an outdated feature phone that runs Java ME, You probably considered using LWUIT lib just to make Your life easier. Yes, I have been coding for some fossil devices and using some prehistoric technologies that everybody is starting to forget… Well how funny may it sound a coding experience is an experience while someone is paying for it :) . While developing this application I have faced some issues when customer decided that the standard physical keyboard of the device that we were developing for has to support some Danish specific symbols. First idea that shoots right to your brain is that the tester hasn’t changed language on the device. This will not help. LWUIT also features a very nice and customizable on screen keyboard but what can You do when device has only a numeric keypad? After some investigations through trial an error I have found an answer that is quite simple but I was stunned that nobody has written about it (or maybe Google has censorship for LWUIT intel). Anyway if You have faced such problems and cannot make the physical keyboard speak characters like Æ, Ø or Å I hope my description will help 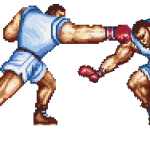 In my previous post I looked over the structure of MS 70-480 exam. I also briefly described what HTML topics it potentially covers. Today I am going to guesstimate the CSS3 required reading for this exam. So let’s get into it. Perhaps you are aware that many parts of the new CSS3 specification are not yet finished. You can check the list here. So logically unfinished parts of the specification should not be included in this exam. However, there are some features which are already implemented in most browsers and can be in the exam even if their w3c documents are not finished. I am talking particularly about flexbox. It is already present in newest browsers including IE10. So what CSS features one should learn for this exam